The Arrow K Series locksets are manufactured to the highest quality standards and incorporate a cylindrical chassis design. Choose from a selection of lever and knob designs to suit your individual preferences. A range of cylinder and latch options are available for a broad range of applications for industrial and commercial establishments.

The Arrow K Series can be keyed to a number of controlled and specially keyed systems including inline systems, Bilock, Abloy etc. to allow varying levels of access. This includes legally protected keys to protect against unauthorised duplication.

The Arrow K Series have been successfully tested to meet the requirements set by the Australian Standard AS-1905 Part 1 for Fire Resistant Doorsets.

Get in touch with us today to place an order on the Arrow K Series locksets or if you have any questions.

The Lockwood 3570 Series is a high performance lock that is designed for unmatched superior quality. It is designed and manufactured in Australia, constructed from high grade zinc alloy with a stainless steel latch bolt and face plate. The construction of this lock makes it suitable for all commercial applications. The 3570 series is designed to be highly versatile. This lock can be integrated with electronic access control systems such as keypads or card readers. It can also be operated … Read More 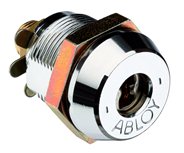 The ABLOY CL104 cam lock has been built to exceptional standards and offers the best in security for keeping your equipment safe. The CL104 is built for even the most demanding security applications from cash dispensers to parking meters and more. This level of security is made possible with the patented cylinders, strict key control, and extensive master keying capabilities. Unique Construction The ABLOY CL104 cam lock features a highly unique and innovative construction that you would be hard pressed … Read More 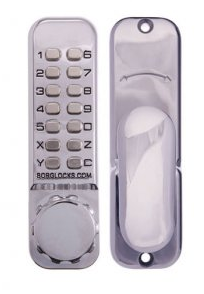 Digital door locks are typically found in commercial settings and are highly effective to control access. The Borg BL2620MGBC is a digital door lock that uses a numerical code for authentication. The lock has been designed specifically for marine grade applications with a special polished chrome finish applied to the outer housing and knob which are corrosion resistant. Installing the Borg digital lock and setting the passcode are fairly straightforward. The lock is suitable for a range of applications including … Read More

Electric strikes are common components used for door locking setups where electronic locking is required. They can make fitting easier and cheaper by allowing a mechanical lock to be fitted to the door or gate, and the electic strike fitted to the frame. The Padde ES150 is a surface mounted electric strike that is suitable with rim or surface type dead latches. The strike is simple to install and can be integrated to work with any access control system that … Read More 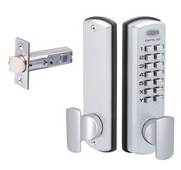 Keyless entry systems control access to a building without relying on a traditional mechanical key. The Lockwood 530 Digital DX Entrance Set is an innovative system that provides a mechanical method of keyless entry using a keypad. The system is easy to install and includes numerous safety features. One example is the inbuilt clutching mechanism which lets the outside knob continue to rotate if it is under attack. This feature prevents the knob from damaging the lock. The keypad can … Read More 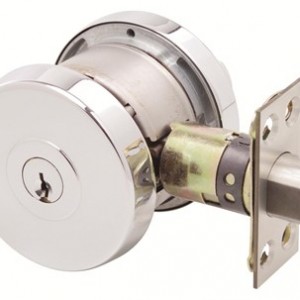 The Lockwood Paradigm 005 is designed in Australia and is constructed to offer a high degree of security for different applications. Innovative safety features include Safety Release™, LockAlert®, and DualSelect® which makes it ideal for residential and commercial settings. This deadbolt is easy to install, and is available in both round and square designs. What differentiates this deadbolt from others is that it has been designed to achieve the highest possible security rating via the innovative Counterbalance Bolt. This feature … Read More 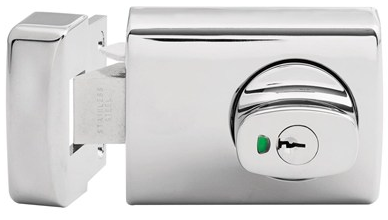 The Lockwood 001 deadlatch is designed in Australia and includes some of the most innovative safety features on the market including Safety Release™ and LockAlert®, offering even more reliability and security for your property. The LockAlert status indicator shows its status at a glance and the Safety Release automatically unlocks the internal knob upon entry, minimising the chance of being locked in. This product is available in both knob and lever versions depending on what you are looking for. Product … Read More 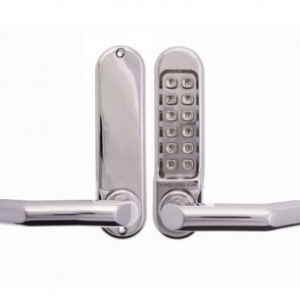 Security should always be a top priority to prevent unauthorised access. Digital door locks are highly effective systems to increase security in various settings. The BL5000 Series is specifically designed for low to medium  applications including commercial and industrial buildings.   Only those with the passcode to the 10 digit keypad can gain access.  Pick your own code from between 4 to 6 digits. The system is highly practical in settings where controlling access is necessary. The clutch handle is … Read More

Trust your security to the Perth locksmith company with the track record and reputation to provide the best quality products and installation. We offer a competitive price on quality, commercial-grade products for both commercial and residential security.

If you’re not sure what you need or feel your home or business security could be improved, our team of Perth locksmiths can offer advice on a solution to suit your needs and budget. It may be as simple as choosing a new lock for the front door or designing an integrated security system.

Our Perth locksmiths have been in the business a long time and are often asked the same questions. How can I prevent a break in? Do I need to change locks? Is my home secure? We can answer your questions so you can be informed about your security and safety.